The American water spaniel is a great dog with great skills. It was bred for hunting purposes. He knows how to swim and can retrieve from small boats. The dog has a double coat that is water resistant. It has a high amount of energy and is born to chase and retrieve game, but if it is exposed to enough exercise, he is a dog who can be a wonderful family companion.

The dog was developed in fox and wolf river valleys during 18th centuries. It was bred in order to be versatile in hunting. He is adapted to his function by the presence of o waterproof coat and that prevents it from cold, as well as briars in the woods. Most hunters along the Mississippi and the tributaries of the northern parts took advantage of its ability to operate in different terrain, his endurance and great ability to capture birds in a day. The American water spaniel remains rare nowadays, and this is advantageous to it because it has helped it from splitting into two groups, one for dog show competitions while the other one to enhance continuation of its tradition of hunting.

In regards to heath, the dog is healthy, but like to other breeds, it is not exceptional to diseases. Though not all American water spaniels can be attacked by these diseases but it is vital to be informed about them when you want to buy this breed. Therefore, when looking a puppy, it is very vital to go for a good breeder that has been tested and well cleared of some health problems. Some of the likely diseases are Hip Dysplasia, Growth Hormone Responsive Dermatitis, Retinal Dysplasia and allergies. Therefore, it is good to confirm health clearances before making any step.

In regards to personality, The American water spaniel is a lively, alert, obedient and friendly dog if only good care and consistent training are adhered. Without great leadership, he can become so much stubborn and manipulative.

American water spaniel requires structured activity to keep it healthy and active. It should be engaged in a lot of physical exercises and in this case long daily walks are very crucial.

In regards to training American water spaniel is the best dog to train, it is simple to train because it has great intelligence and aggressive to learn. Therefore, it requires a playground that is set properly where the dog can play, rest and go potty. He should be thought commands like; down, stand, sit, watch and also he should be thought his name and make sure that he recognizes it.

In regards to behavior, American water spaniel is a companion to many people but mostly those that it recognizes and also gentle to the young kids. The dog is always determined to learn and always happy with its work. He is a pleasant and willing dog that is so much sensitive and obedient during training.

The American water spaniel has a broad head which is long and proportional to the rest of the body. He has a medium sized muzzle and a wide nose which has large nostrils and its color is black. Its eyes are wide and with a variety of colors ranging from yellow to brown. Nevertheless, its legs are medium, and a well featured tail.

These dogs weigh between thirty-five to forty-five pounds. In terms of height, they stand between fifteen to eighteen inches tall.

In regards to the color, the double coat has a variety of colors ranging from wavy to curly and sometimes can be like solid liver, brown and black. In addition, there can be evidenced white marks on the chest and the toes

When it comes to grooming of the American water spaniel, it is simple. The oily coat ought to be brushed twice in every week. It should bathe when it is necessary because it helps to remove the oils from the coat, and it can have time to dry.

The dog is muscular, hardy and good-looking.

This dog is born active. He brings with him great appetites.

The dog requires much exercises and playtime. The dog can operate well in living situations that are smaller like apartments, but he feels enthusiastic when given enough space to utilize its energy freely. The dog has a nice response to good short and motivating trainings. Heavy punishments should be avoided and be substituted by rewards. Also, it is recommended to train it individually than sending it alone to the playground to be tutored by strangers. 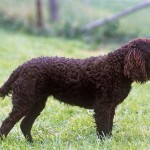 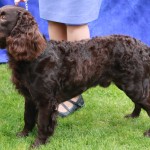 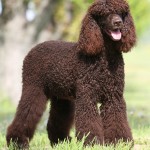 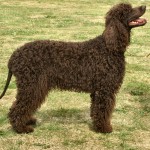 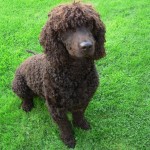 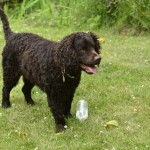 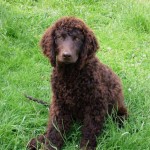 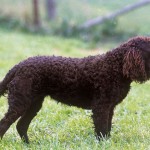 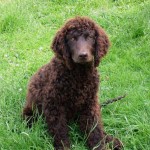