It is one of the few breeds found in Norway and considering it is a rare breed it is barely found outside the Scandinavian Nordic countries. Otherwise, it is literally a modern variation of the Norwegian elkhound (Grey). Therefore, most people bred it for the same reasons as its variant; however, it is slightly smaller and quite easy to pick out in the snow. So far, it is one of the younger breeds, bred in the early 19th century in Norway.

This breed falls amongst the most ancient breeds whose origins trace back to Scandinavia. The most recent evidence of its existence for more than a thousand years is skeletons excavated, that were similar to the breed, that date from 4000 – 5000 BC. This should actually imply that the dog must have been around when man lived in caves and hunted for a living.

Otherwise, they came in handy when it came to guarding and hunting with the Vikings. They were also good in tracking other animals including, rabbits, wolves, elks, moose, mountain lions, bears and other animals that were of use to the breeders. The animal is also a sled dog and one of the many reasons why it has won the hearts of many homeowners. Besides possessing a likeable character, it also possesses other traits that make it useful in most homes.

It is one of the few breeds prone to various diseases or ailments hence may need some extra care when looking after it. It also means that regular medical checkups may come in handy. Some of these ailments include hip dysplasia, PRA, Pyotraumatic Dermatitis and occasionally, the Fanconi syndrome. The other aspect on its health is that it has a peculiar appetite hence can overfeed leading to overweight problems.

It is fearless yet friendly to other people, but that is if properly trained. It is quite energetic, loyal and reliable making it a perfect company to friends and family. Still, this breed of dogs can be a perfect for guarding children as they are quite sensible. It does have a mind of its own and hence quite independent. They can be restless and a big yard would be ideal for its roaming tendencies.

The breed has a great appetite hence has a tendency to overeat. This means that it is good to take it out for jogging or to do some workouts to make sure it doesn’t gain too much weight. In addition, considering it is an agile dog it is good to keep it busy while you still can. Otherwise, it is not a good pet to have if you are a docile owner.

It is quite a difficult to train to breed hence will need someone who is quite firm, but not harsh. Actually, the best training periods are when it is a puppy, which will need you to be firm, but gentle. Considering their intuition is wired to keep prey at bay that is, until the owner comes, it can bark a lot and sometimes unnecessarily. Therefore, it may need to know when to stop barking and when to cool off.

It is also known to be aggressive with same sex breeds especially if the owner does not project pack leadership skills thus advised to keep it with the opposite sexes instead. Also to make sure it doesn’t become too strong it is good to give it some mental exercises. It prefers sleeping with humans and not out in the cold. However, as soon as it is morning, it is quite agile and ready for the day ahead that makes it fun having it around in the house.

It is medium-sized, with a short squarely built body. It has a strong and straight back, wedge shaped head that broadens at the ears.

It has a thick all weather coat, ideal for cold areas and solid black in color.

Brush the coat regularly but observe caution when it is in its shedding season. Otherwise, like arctic dogs, its coat is both water and dirt resistant hence doesn’t need to be regularly washed. Washing it regularly, also results in them losing their natural oils found beneath their fur coats making it hard to keep warm during cold weather.

It has a sturdy, medium sized body, has a thicker muzzle at the base, dark brown and oval shaped eyes. It has ears that stand up straight, but quite mobile. It has a wide and deep chest.

They can be quite hostile to strangers especially if they are not well socialized. It is usually advisable to train them while they are still puppies to make sure smoother relations when it’s fully grown.

They need a lot of exercises to make sure they don’t make most of your personal belongings. They also need to exercise to prevent lifestyle diseases. Also, regular check-ups with a veterinarian are advisable to keep some of the diseases they are prone to at bay. Physical workouts also enhance their intelligence. 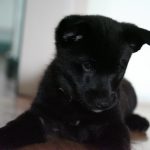 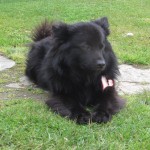 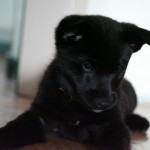 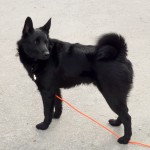 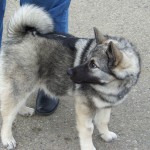 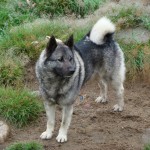 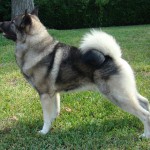 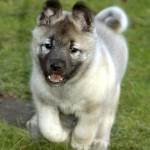 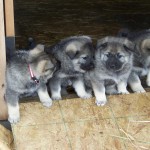 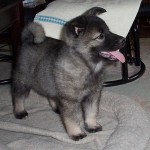 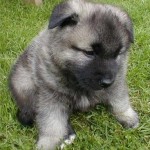 It can feed excessively, so it is important to keep regular feeding patterns and in moderate portions.