They are wonderful dogs, and make wonderful house dogs, but the thing that is always repeated about them is that it is very difficult to housetrain them.

Dogs very similar to the Italian Greyhound have been found to have existed in ancient Egypt, Pompeii, and Rome in the first century A.D. It is believed that the ancient Greeks bred them for hunting rats and mice, and for other hunting needs. During the Middle Ages, they reached southern Europe and were well received by the aristocrats in Italy, leading to its name. In the 17th century, they reached England and found favor among much of Europe’s royalty. By 1886, they arrived in the United States. During the two World Wars, the population was decimated and each time, breeders in the U.K. replenished the stock by using those in the United States.

They are generally healthy but, at the same time, are more prone to more medical conditions. Italian Greyhounds can easily get cataracts; von Willebrands disease (a blood disorder impairing the ability to clot); vitreous degeneration (another eye condition, resulting in impaired or lost vision); PRA (progressive retinal therapy–common among very many dog breeds); hypothyroidism (possibly causing infertility, obesity, lethargy and others); Legg-Calve-Perthes disease (common to small breeds and often results in arthritis); patellar luxation (also common to small dogs); hip dysplasia (very common to all dogs); allergies (especially to certain foods, flea powders, dog shampoos, bedding, pollen, mildew and dust–the last three of which can cause ear infections); epilepsy; cryptorchidism (in which one of both testicles fail to develop properly and which is common among small dogs); and portosystemic shunt (PSS–an abnormal blood flow between the body and the liver).

They are intelligent, mischievous, athletic, agile, affectionate and are good companions.

They are very fast, athletic and agile and love to run. Puppies are especially active, and do not have much concern for consequences of dangerous activities. This often leads to their getting broken legs.

They are very well suited to being trained. However, house-training is one activity that they cannot seem to grasp or master.

They are very affectionate with a family and love to be with you throughout the day, although they are more reserved toward strangers. They ought to be socialized early, to encounter very many people, experiences, sights, sounds and smells. They can be somewhat self-centered in training so rewards should be given out somewhat frequently. If they are treated harshly, Italian Greyhounds can become fearful or snappy.

They are slender and resemble other Greyhounds, but on a miniature scale.

They have a glossy-looking, soft to the touch, short coat which does not shed much. There are a variety of colors, often cream, fawn, red, fawn or black, either monochromatic or with white markings.

There is not too much to grooming them–simply brushing regularly and bathing when necessary. As with every dog, brush the teeth two or three times a week, and preferably daily; trim the nails weekly and preferably when he is still a puppy (so that he can get used to your touching his feet); and checking his ears, eyes and skin for any abnormalities.

It is somewhat tall (it certainly is not tiny) but because of its slimness and weight, it is classified as a toy dog.

Because of their inherent hunting heritage, they will run after anything that moves, including cars. Thus, always keep them on a leash when they are in an open area. They become shy or hyper if they do not receive lots of love and attention.

Because of their short coats, they can get cold and shiver easily. Moreover, they are prone to getting skin cancer, possibly as a result of their wanting and being in the sun for long stretches of time. Thus, they ought to be kept inside. Yet, they are extremely active so they need to be given a daily walk or run outside. As in everything else, moderation may be the key to caring for an Italian Greyhound.

They ought to be fed twice a day, for a total of 0.5 to 0.75 cups of high-quality dry food. It is important to find out what, if anything, your dog is allergic to and then avoid those things in his or her meals. 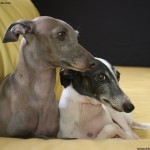 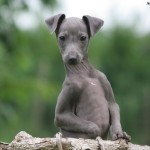 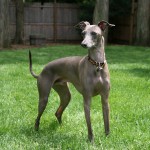 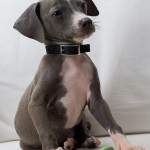 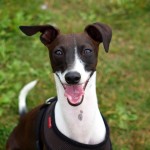 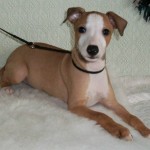 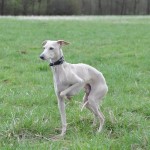 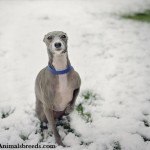 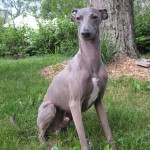 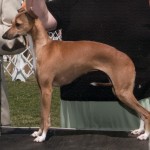 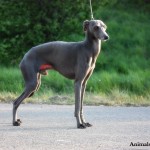 Information and Facts of Italian Greyhound :