The Norrbottenspets dog is a native of Sweden but is also very popular in the neighbouring country of Finland. The original purpose for breeding this dog was for helping in farming activities, but due to its intelligence, alertness and agility, it soon turned into a hunting dog and was very popular for hunting wild geese and raccoon. He is known to be a very brave and courageous dog and can even take on bigger animals like bears and moose while hunting.

This dog has a tendency to bark excessively even at the silliest of things. This trait comes from it being used as an alarm dog. With proper training, he can be taught not to bark at each and every moving thing.

This breed of dog requires very little attention from the owners as far as grooming or health problems are concerned. However, this dog has very high levels of energy and therefore requires a good amount of daily exercise. It has proved to be one of the best companion dogs for families because of its gentle and non-aggressive nature. 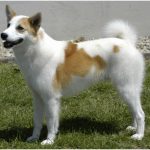 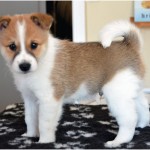 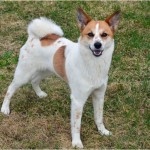 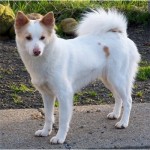 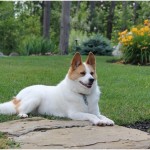 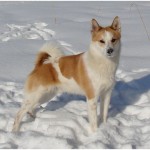 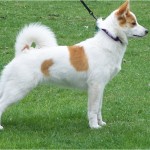 A diet of high quality dry food is recommended for this dog. The actual amount of food given daily depends on how much activity the dog is getting. If it used for hunting, the diet should be higher.

Information And Facts of Norrbottenspets :