This dog was originally bred in England to control vermin. Since they become experts at killing rats the farmers’ England. One rat terrier killed so many rats in span of around 7-hour period. This type of breed can grow up to 13 inches or even 15 inches when he grows too much. Because of his effectiveness he was eventually accepted by some, the united sates kennel club in 1999.

Despite his name, he originally came from England where it was reared and valued so much. The dog was bred to be effective in rat control, which the UK loved a lot in the dog. The British barns had many rats hence Rat Terrier become so good is extermination during that time. In 1990, the English immigrants brought the breed to US. Where it continued to help a lot in killing the rats. Nowadays, the dog is good and used as sport hunting dog.

When it comes to health, this is a very healthy animal that can live for a very long time. The life span can go even up to 16 years. Most common diseases include the allergies and hip dysplasia. Patellar luxation. For him to live long and healthy, he should be kept healthy and the owner should be a aware about the common diseases that are affecting it.

Historians say that the dog got his name from Roosevelt who noticed the capability of the dog in killing the rat. When they were taken to white house, they got rid of them very fast. Since then they are very active in digging and working continuously looking for rodents to kill. Although they are independent and would like to live alone, the families who keep them claim they are funny.

Although they are small dogs that need a lot of activity to keep them continually healthy. They serve well in ranches and farms where they are put into use to catch and kill rats. He should be walked a couple of times in day while at the same time given exercise of chasing balls. They can hunt for so many hours without tiring or getting bored hence, they are outdoor dogs. If you put them on the couch in an apartment, these dogs will not happy.

These dogs are very stubborn and tough headed. Training them is not for the light-minded people. For you to conquer them, you must start with them early. They do not desire to please their maters. For training succeed, you must keep them short and interesting, or else they can become chaotic. Briefly, since they are very active they would want to work continuously.

Rat Terrier is fearless and very stubborn. If you are keeping rats, he will definitely kill them, as they do not augur well with rats or other rodents. The dog should always be in a fenced ranch as they can be very dangerous even with strangers. Since they are good at jumping the fence, the fence should be high enough. Be cautious when you have toddlers in the house since they do like to be poked or played with.

Rat terrier is a lively and a muscular dog. His shoulder is strong and the chest is deep, making them very strong. The ears are continuously erect and alert, looking for where there is trouble. The tail can be in several positions but is not always raised above the back of the dog. He has several colors and almost all of them have some white markings all over them.

They can weigh up to 25 pounds and can grow up to 18 inches towards the shoulder. There are small varieties that can be 13 inches in height and who weighs less.

For most dogs of this breed, they spot short hair on them. These will come in varieties but will always have white streaks in them since they do not have much fur, they do not shed a lot.

This dog variety is slightly longer than other dogs of its size. The loin is short and muscular. When viewed from the side, his anterior chest is oval in shaped. The overall appearance the dog is a lot of strength

He is a very active dog hence should not be kept indoors. These dogs should be crate trained. When growing you should be careful with them since puppies tend to chew anything, they come across. The adult dogs can be a danger. 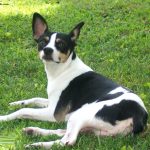 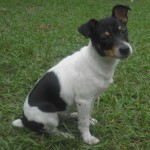 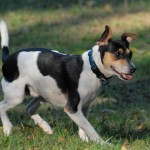 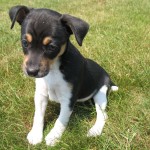 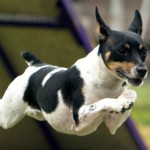 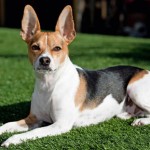 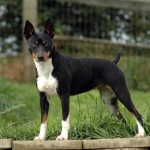 Information and Facts of Rat Terrier :