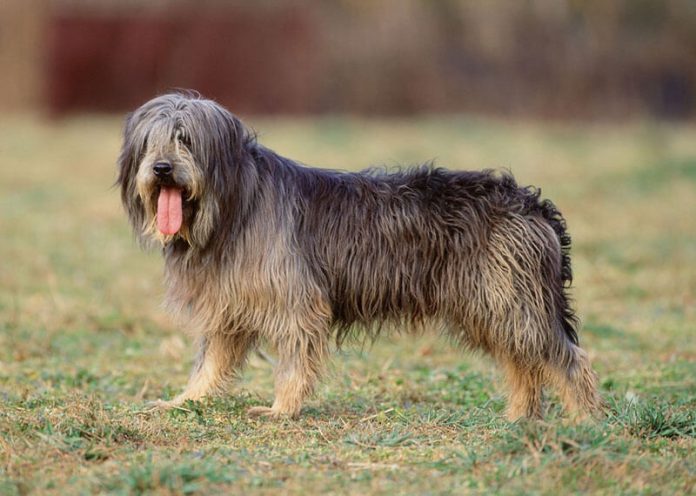 Sapsali is a treasured dog of Korean which was primarily used to shoo away ghost and evil eyes. It is also known by name Sapsaree and like Old English sheepdog it has bangs which fall on its eyes. The dog exits in Korea from thousand centuries and its name in Korea translates to- “sap”- means to dig out and “sar” means ghost. According to ancient mythology – This dog roots out ghost and proclaims to ghost to dare not come when Sapsaree is around. This dog is also known for bringing good luck and blessings in family. They are also called as “lion dog” in their native land because of their strong legs and heavy upper body. Its coat is abundant and shaggy and comes in rainbow color. The dog is known for its compassionate nature not only towards humans but also animals. They are renowned in their native land for courage and even temperament. The dog is highly protective and will bark to let you know that someone is at the door. It is not known to be excessively aggressive and loves to play with children.

It is the oldest breed of Korea. It is believed that the dog was present in the “Three kingdoms” which lasted till 668 AD. The royal families of Korean own this dog as it was considered as “token of fortune”. They nicknamed it as “ghost dog” because it was used to get rid of evil spirits. Eventually the breed got famous among commoners too. Though the dog is considered as “treasure of Korea”, it is a rare and unknown breed outside its country.

It has a bulky upper body and imposing paws because of which it is called as “lion dog”. It is a medium sized dog which is slightly taller than long. It has a shaggy coat which gives the dog magnificent look. Its bang should fall on its eyes which is trademark of this breed. Beneath their densely covered coat, lies a sturdily built up body. It has triangular shaped ears which fall down forwardly. Tail of the dog is long and covered with feathered like hair. Eyes and nose should be dark in color. Overall expression on its face is kind and cute

The dog has dense coat which is long. Its coat can be wiry or straight. Because of presence of abundant coat which is long, it is important to regularly brush its coat. Its hair should fall on its eyes just like Old Sheepdog. It comes in combination of many colors like brown, red, gold, black and grey. Though in appearance it looks like herding dog but it was bred for spiritual purpose instead of physical. Their coat is similar to Bearded Collie.

It is a medium sized dog and should be offered food that is specially formulated for medium sized dog. As they are not hyperactive dogs that buzz with energy so their diet should be simple so digestive enzymes can break down the food easily.

It is not a hypoallergenic dog. Being a purebred dog, they have a healthy life but no dog is immune to heredity disease. Few common problems of dogs’ are- hip dysplasia, progressive retinal atrophy, allergies, bloat etc.

It sheds moderate to low. Daily brushing is recommended because it sports long coat which is wiry or straight. Brushing will keep its coat debris and mats free. Dry shampoo should be applied to its coat if required. Bath it only when necessary. Brushing its teeth and trimming its nails should also be included in its grooming regime.

The dog is suitable for cold areas to moderate temperature areas. It makes wonderful apartment dog.