The existence of this dog from centuries can be proved through portraits and drawings belonged to the seventeenth and eighteenth centuries. This dog is used for multipurpose and some of the activities which includes hunting, guarding and a gun dog. Hunters used to take this dog with them so that it can collect the dead birds and also help in giving hints to the breeder during hunting.

Tough it appears like a potato couch indoor; it really needs lot of exercises and this breed face health problems if it is not sufficiently exercised. 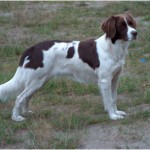 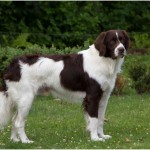 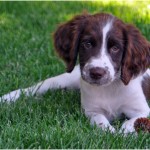 No special care is needed for this dog. Brushing and bathing must be done with extra care and special attention is given for ears which are prone to infections more. Taking your dog to the parlor once in six months can effectively increase its style and improves the immunity also. Dry cleaning can also be performed if that is economically acceptable for you.

Though it is of medium size, the feeding requirements of this dog are very similar to that of small dogs. One and half to two cups of quality food is sufficient and remember to keep a bowl which is full of water always near to your pet’s location. If the exercise and work is heavy then you can feed one quarter or half cup more.

Information And Facts of Drentse Patrijshond :