The Finnish Spitz is the national dog of Finland which is very popular for its unique hunting skills. As compared to other hunting dogs, the Finnish Spitz is a very small dog and does not take on the prey like some other breeds of dogs do. Rather, its job is to point out to the hunters where the prey is by barking loudly and incessantly till they catch the hunter’s attention. Even today they are still used in Finland for hunting birds like capercaille and black grouse.

If you leave a Finnish Spitz out on his own, to overcome boredom, he will bark at each and every thing he sees moving but usually never attempts to give chase to anyone.

Finnish Spitz can make a very good house pet and is equally comfortable living in an apartment or a house with a yard. As long as he gets his daily exercise, he will be content with just barking to expend the rest of his energy. If his hunting instincts kick in, he may start digging for mice or go down rabbit holes in the garden. 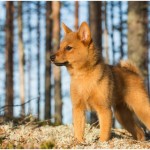 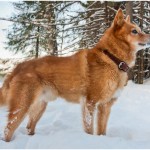 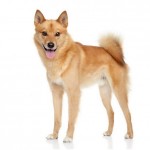 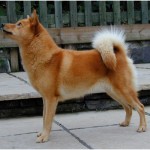 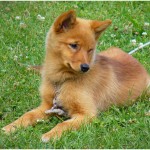 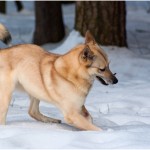 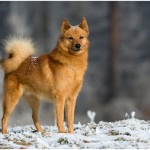 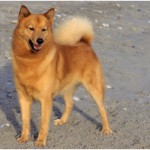 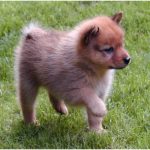 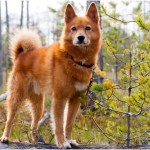 He needs a diet of high quality dry food given twice a day. The amount of food depends on how much he is exercising daily but usually it varies between 1.75-2.5 cups.

Information And Facts of Finnish Spitz