Jack Russell Terrier is also called Working Russell Terrier, Working Jack Russell Terrier, or JRT. The dog is named after an English priest, Reverend John (Jack) Russell, who initially came up with it. In the earlier times, the dog was mainly kept for hunting fox. However, today the dog is kept mainly for its characters and aptitude and not for its type. It was the first dog to land on the North and South poles. This came about when Sir Ranulph Fiennes together with his wife, Ginnie, visited these poles with their JRT in 1979-1982, as they explored the earth.

JRT dogs are very intelligent, curious, and extremely entertaining. This dog however does not meet registration threshold for either English or American Kennel Club hence it is not registered. A mature JRT has a height of roughly 10-15 inches and a weight of 13-17 pounds. It comes in three different coat types that are smooth, broken, and rough; the coat is also waterproof and requires little care.

Jack Russell Terrier came from Devonshire in England at around 1800’s. The dog came from an idea of John (Jack) Russell who took a “Trump” which looked like a Wire Fox Terrier but the legs were shorter and developed it. The “Trump”, a dog from which JRT was developed, is thought to have been a crossbreed between Black Tan Terrier and a Fox Terrier.

Mr. Russell developed this Terrier to help him in hunting fox. In his breeding, he concentrated on being consistent with the dog’s nature and not its color. With this breeding, he managed to come up with a dog small enough to enter into a fox den, flush it out, and then chase it on the ground. His terriers were very distinguished as they were exceptionally white with negligible black and or tan markings. After him passing away, his dogs gained popularity especially with sportspersons. They were highly crossbred with other dogs which generated many deviations in them hence denying them registration with The Kennel Club.

JRT has a life expectancy of 13 to 16 years. Though generally healthy, Jack Russell Terriers, like many other breeds, are susceptible to some infections. This can lower their life length if not well controlled. Some of the diseases this breed is likely to contract include Legg-Calve-Perthes Disease, Deafness, Patellar Luxation, Glaucoma, and Lens Luxation.

It is therefore advisable to have your dog regularly checked by a vet for any heath complications. Also, when you are buying a puppy, make sure its parents are healthy by having a look at their health clearance.

Jack Russell Terrier is maybe the smallest dog that has been bestowed with a rich personality. This dog is energetic and full of spirit. He is also devoted, amusing, and joyous as he enjoys all the world has to offer. If left alone, he will run to fences and all other possible areas in the name of pursuing his joy. He is quite intelligent and desire to be informed, but he is very willful, and this can make training him hard. He is no coward hence very aggressive to other dogs and cats. He is very friendly to people.

Many people may mistake that sine JRT are small in size, they can be kept easily in apartments. However, the reverse is true. These dogs require much exercise to keep them happy. They need ample and open space to play. Always keep them in fenced yards as they like running after short animals like rats and other rodents.

Make sure that you give your Jack Russell a walk or run every day. Also, playing football is like a delicacy to them. Due to their high intelligence, give them a chance in agile activities like running, obstacle course and retrieval, and fly ball. If you have somewhere it can dig for rodents, allow it since it was originally an underground hunter.

Jack Russell is an easy dog to train owing to its intelligence and curious nature. However, they can be stubborn in a way. Keep the training consistency and let it involve the activities they like. Make sure you are not very harsh when training as he may become defensive. Advance the training to obedience measure, tricks and agile work after he learns the basics. New activities also make him interested.

As normal terriers, Jack Russell likes barking excessively, has a strong will, is rude to strangers, very aggressive, is possessive, and jealous. If allowed to socialize at early age, he can grow to a moderate tempered dog. He also likes digging.

JRT is a small, athletic, and a worker dog and almost looks like a Fox Terrier. Its skull is flat and ears; that taper a bit, are v-shaped and fold to the front. Teeth meet at scissors. The tail sets high, and the forelegs are straight and long while the rear legs are strong and masculine.

Jack’s coat is rough, smooth or broken. The color of its coat can be white, white with black mark, or white with tan spots.

Due to the nature of its coat, Jack does no usually require intense grooming. All that is needed for him is a bath though not very regular, but a regular brushing (done on weekly basis). The years should be checked regularly using a cotton ball. The nails need a monthly trim.

Jack has a small and strongly built body. The weight goes for 13-17 pounds and a height of 30-36 cm. This best suit his like for agile activities.

Prevent your Jack from going outside the compound for he can pick a fight with other dogs. Give him ample exercise and when training him, give him motivation through praises ad food rewards but avoid harsh treatment. Give him enough socialization when young. 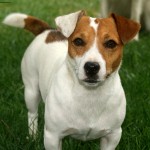 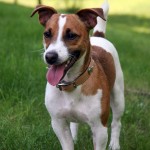 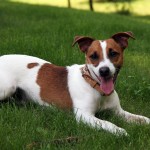 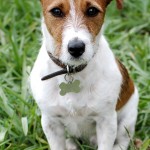 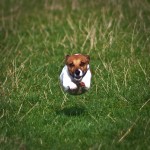 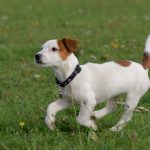 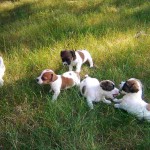 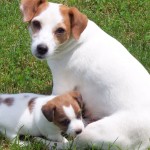 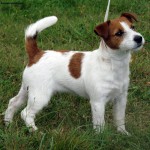 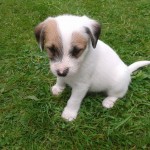 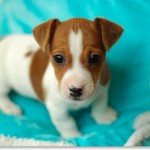 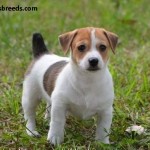 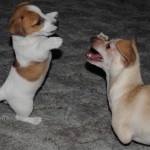 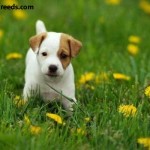 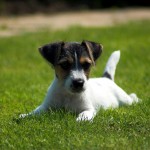 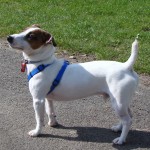 Give your dog quality dog food. The amount range between 1.5 to 2 cups a day and the food should be split into two meals.