Basset Fauve de Bretagne is known as one of the smallest dogs in the species of Fauve de Bretagne. It is rare to find it, and it is used in hunting. It was used very much in France for hunting, and it was nearly to getting extinct within a short period of time. This was during the World War II. Thanks to Kennel club which made efforts to see it in few more generations.

One may mistake it for a sluggish dog because of its size. It is small, not more than 15 inches, but when it comes to hunting, it does amazing. That is why it has been used in the current world, to help in hunting. They have a lifespan of 14 to 15 years.

History is not clear on when these breeds where developed, even though, there is a thought that they were developed somewhere in 1200s. In France, hunting was used as a way of uniting the people. It was embraced as part of their culture. This is what saw them develop different types of species. That is what resulted into the emergence of this particular breed. It was then taken to the UK to support the hunting packs which were taking place there. Since then, it has continually gained popularity among the people who love hunting.

Take proper care of Basset Fauve de Bretagne, just as the human beings are. It is one of the specie dogs which can easily get some conditions due to over feeding. The highlight about it is that, it is not prone to hereditary diseases.

They are very active, playful and lovely. In that case it can interact with most people including the children. Though, it is important to note that, they enjoy most when on the fields hunting. They will only do well for people who love to go out hunting or exploring. The only problem with them when hunting is that, they may forget the target that they had. This may be as a result of identifying another target. They run after targets which they identify by smelling their scent. They do best in hunting because of their speed and their ability to smell their targets.

The dog needs to be taken out for agile activities. It enjoys them, and they are the best way of doing exercises. This helps it to better on its speed, and to reduce the chances of getting lifestyle diseases which may make its life span short.

They are best trained when they are still young. This is because, even without them being trained, they have developed their own way of smelling prey. They will in most cases go after what they smell, though, if they are trained at a tender age, they may be better. They are cooperative, even though, sometimes they are usually off guard.

They love being with people, but most when in the fields hunting. It is difficult for them to mend at a specific place. Those who have them, they should ensure that they monitor their movement. They may take them hunting any time of the day.

They appear to be short legged, small in size and with a rough coated hound. They have a black or very dark nose, with slightly oval eyes which are hazel.

They only come in one coat, rough coated hound. They come in different colors. That is Red-wheaten, fawn, and some of the Basset Fauve de Bretagne with white patches on the chest. The patches should not be in black, they are only to be white.

They should be stripped 2 to 3 times a year and cleaned in accordance to the veterinary instructions. It should have heard passages removed as well. They should have their nails cut once or twice a month.

They are small, with short legs.

They are affectionate, though, this will only apply if they are properly trained how to. They may stay hunting and never interact with people to know how to love. In that case, they may not welcome strangers.

It is important to note that this dog can get lifestyle diseases just like the human beings do. They are prone to diabetes and arthritis if they do not take good diet. In the case that they over feed, this is the same danger which they are likely to face. It is important therefore in that regard, to take them exercising on a daily basis.

This keeps them less prone to the diseases which may affect their bones, their health weakening their bodies. As much as they need to exercise, be careful to let them on their own, they can get off the house garden and go hunting. They should need to be striped 2 to 3 times a year. It is a simple procedure that the owner can perform for them. Owners who are not sure how to go about bit, it is cheap to have it done by groomer. 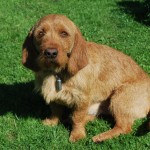 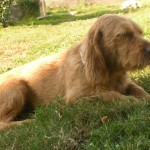 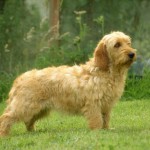 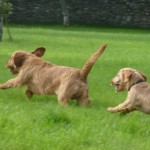 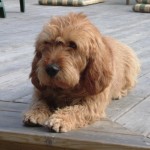 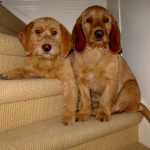 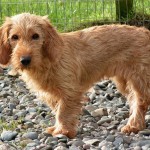 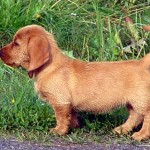 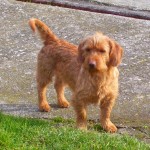 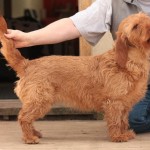 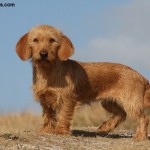 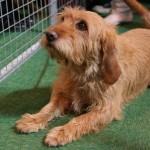 These dogs are meant to eat $4 dollar food on a weekly basis. They should have food twice a day utmost. Excessive feeding of the dog is dangerous. It may develop some conditions related to it. Those which are given in excess, they should ensure a proper exercise of between 60 to 80 minutes on a daily basis.