West Highland white terrier or Westie is one of the interesting breed of dog to study. He is affectionate and gentle. He was developed for hunting and ratting, but he has found his way into the human life. He is happy when he stays indoors, though; he can manage a house hold very well in the absence of the family. The only thing to note when leaving him to take care of the house is that, he can be easily bored. The best thing is to have him engaged with toys which will keep him busy.

He has developed a trait of being able to think and act on their independently. He enjoys doing things without being instructed. For him to respond to any plea to do anything, he has to be convinced that it is for his own good. Failure to this he is not able to respond. It is known for several other names such as Poltalloch Terrier, and Roseneath Terrier.

Up to this particular date, there is no concrete proof of the exact place of the dogs’ origin. Though, it is indicated that it was used in Scotland in hunting some wild animals. It is believed that, Colonel Malcom of Poltalloch is the one who developed this particular breed. It is as a result of him accidentally shooting it; having mistaken it for a fox when they had gone hunting in the forest. In that regard, he decided that he was to develop white specie of the dog, which would make it visible and differentiate-able from the foxes. That way, the dog was made from other breeds of dogs which have not been clearly indicated to date.

They are in most case healthy, even though, they are very much prone to various diseases. The first one is a condition which causes the skull to enlarge making it painful and difficult for the dogs to eat. It occurs mostly in the puppies, and it has no treatment. It may pass on to them when they are still mature. This leads to a life time of difficult food taking. They usually suffer an eye condition mostly known as cataracts. The good news is that they can be surgically removed. There other conditions like patellar Luxation and pulmonary Fibrosis.

He is the most jovial, confident and intelligent dog which will always be after fun activities. He is usually happy when he is around his family. Most of all it is funny that he finds more joy in playing toys just like the human kids do. There is nothing outstanding to him other than finding the joy of live in engaging in simple lively tasks.

He will make a good friend with every person who comes their way. The only negative thing about them is something which is positive. The confidence they have, they have it in excesses. This results to him doing some silly things. He should be trained to avoid over confidence.

He needs to be taken out for exercises on a daily basis.

The dog is easily trained even though never expect it to cooperate 100%. Sometimes it might not listen to what it is being trained to do. This is because of the trait that it has trained itself. Though, persistence and training him gently will give good results.

They love fun, and they can find their way out to some place with activities which will make them to have fun. They should be given toys to keep them busy and to enjoy. Otherwise, they will seek a loophole in the fence and leave to some place where they are not bored. They do not cause any fights with dogs, though they never lack them because of their aggressiveness.

They appear as little dogs that are sturdy, slight rectangular shape as well as with a deep chest.

They stand at a height of 11 inches approximately, with a weight of 13 to 16 pounds.

They are made of a double coat which has a short under coat as well as a top coat approximately two inches long. They come with white color. Any other color, it is not to identify with this dog.

They should be trimmed of their long hair once or twice a year. To keep their teeth strong and safe from bacteria, they should be brushed on a daily basis. It can be done on weekly basis, though; doing it daily is more effective. They need to be washed because of their white color, to make its ever sparkling.

They have a well built body, with short legs, though they do not lie low.

They are affectionate to people even though, they love to stay engaged. Keep them engaged as much as possible, they will be happy and ready to respond to commands.

They should be taken care of when they go swimming. This is because they do not know much of swimming as other dogs do. They should be taken for exercises too in a daily basis to ensure that they keep fit. They should be trained to stay in a crate a few hours a day. This will; be helpful the event that they have to be confined in it, either for medication or for other reasons. If they are not trained early in advance, it will be difficult to confine them when the time comes. 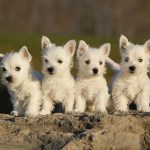 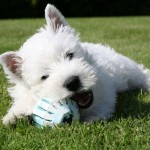 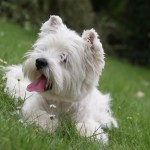 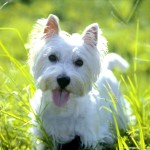 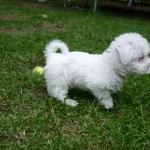 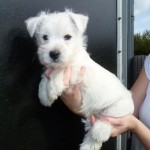 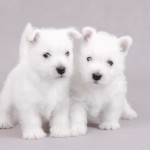 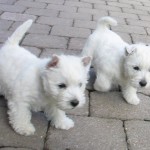 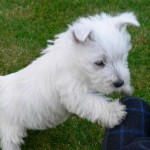 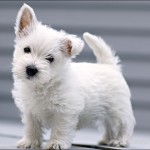 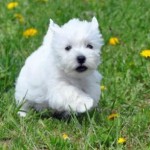 Just like in all other dogs, the food intake they consume is proportional to their activity level, metabolism, age, size and some other few factors. Though, the food should not exceed two meals in a day of 0.5 to 1.5 cups. The indicated food should be the one to be divided into two meals depending on the factors highlighted before.