These dogs are fun loving pals in a good home, and are ideal for active individuals, people who love the outdoors and families with older children.

A story perhaps true, perhaps not is that in 1514, a merchant in Scotland bought six Polish Lowland Sheepdogs, along with sheep and grain. These Sheepdogs were bred with bred with native Scottish dogs, and soon producing the Bearded Collie. Records of Bearded Collies have been traced to the 18th century.

More accepted is the fact that a woman by the name of Mrs. G. Olive Willison who had a dog who may or may not have been a Shetland Sheepdog in 1944. Mrs. Willison met a man who was leaving Scotland, and became the owner of his dog. Her two dogs were bred, soon producing the Bearded Collie. It is from this family line that the Bearded Collie is recognized and under which dogs are registered. In 1967, the first Bearded Collie puppies appeared in the United States.

Bearded Collies in different locations are subject to, or prone to different medical conditions. In the United Kingdom, they tend to suffer from arthritis, cruciate ligament rupture (CLR), colitis, diarrhea and urologic diseases. In the United States and Canada, common health issues include hypothyroidism, cancer, arthritis, skin problems, and Addison’s disease.

They are often described as active, intelligent, confident, alert, lively, hardy as well as resourceful, independent, and with a bouncy, bubbly personality

Although they may not appear to be so, they are extremely active and require long, daily walks. It is also very good if they have a safe, enclosed area (such as a yard, in which to roam, run and play.

Because of their high intelligence, they are very easy to train. At the same time, they can easily become bored if they are not challenged physically and mentally.

They are wonderful around children, and seem to exhibit a sense of humor. They are natural herders of not only animals but also people. They may bark a lot, but are not necessarily good at being watchdogs.

This collie is a strong working dog who is medium in size. They are long and lean. The head is large and broad; the muzzle is shorter but strong; the ears are medium-sized and covered with long hair. Their coat is shaggy (sometimes making them look like a mop), waterproof and being a double coat that appears even at the chin (which is why they are called “Beardie”)

They have developed a strong, shaggy, flat and harsh outercoat with a soft and furry inner coat to protect them from the extremes of weather in Scotland. They are colored black, brown, fawn or blue, with or without white markings at birth. As they grow older, the colors can change. For example, the dogs who are born brown will change from chocolate to sandy.

Because of the long and shaggy coat, daily brushing is a must, and it is difficult to detect fleas and ticks. As an alternative, the coat can be cut by a professional groomer every two months.

The body type is that of the Medium Sized breed of dogs.

When they have puppies, then they have a larger than average amount of seven, and there can be as many as twelve in the litter. Puppies that are ideal are the ones who are curious, playful, willing to approach people and to be held by them.

Again, it is very important that they be kept very active, so if you live in an apartment then they may not be appropriate. Training is important so that they can get along well with cats or other dogs, which can also be accomplished by having them raised together. 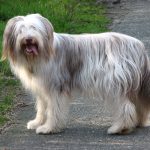 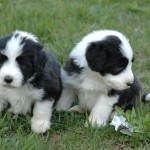 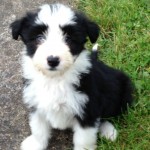 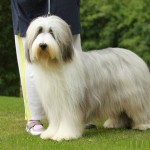 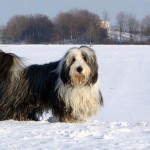 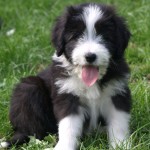 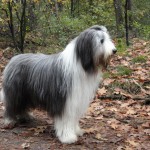 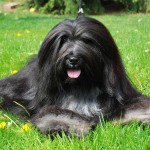 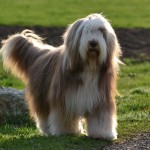 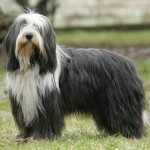 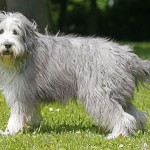 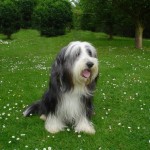 Information and Facts of Bearded Collie :