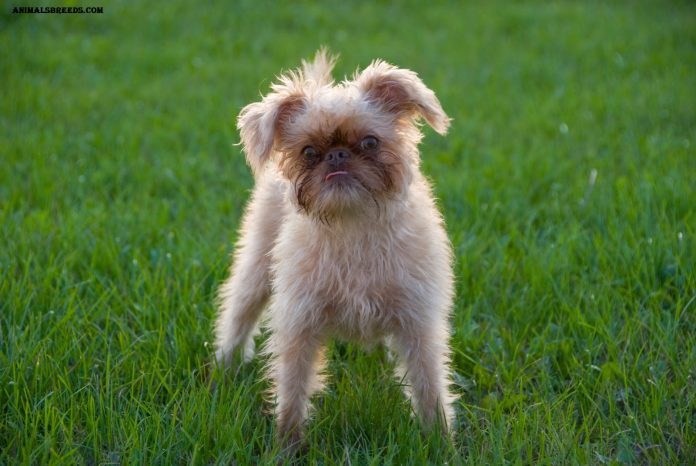 Brussels Griffon is a toy dog which is named after the town of its origin, Brussels in Belgium. It exists in two different types. There is one type which is smooth coated and the other one is rough coated. It is a breed which is kept because it has some attributes that nearly resemble those of the human being. It has the ability to express itself, with the show of emotions. Most of all, it can be trained. The human beings have been training it to perform various tasks, and it has done exemplary. Most of the dogs weigh between 5 to 15 pounds.

This dog traces its origin back in Brussels, Belgium. It is a dog which was developed through cross breeding of other specie dogs. It is a cross-breed of Affenpinscher and a street dog commonly known as Belgian. When they came into existence they were not seen to have importance. They were kept in places with rats, so that they could eat them and cut their numbers. That habit has changed with time, and now the dog is in many households as watchman and for various other purposes.

Brussels Griffon is one of the most healthy dogs, although with every animal, there are some possible diseases. It is the same for this dog. There are some which it is prone to. Before buying it from the breeders, make sure that they have clearance showing that, the dog and its parents are cleared of these diseases and problems. Hip Dysplasia, a hereditary condition.

If the parents are cleared of it, then it is less likely that the puppies will have it. Identify if the puppies are cleared of Patella Luxation. This condition does not affect the mature dogs. The other minor, though important conditions to check are the eyes, which may have some irritation problems and skin allergies.

Besides, this dog loves to stay with people. It does not like it when it is left in the residence on its own. It enjoys it when the owner and the family people show it concern. If they do not, it has its ways of letting them to. It can do silly things just to win attention.

They ought to be taken out for training at least twice a week. This keeps them fit.

It is easily trained when it is appreciated. Those who train it without patience, they are frustrated to know that it can is stubborn. To make the best results, the training has to be consistent.

They become stubborn if they are not properly treated.

Most people point out that it resembles human being in its expression, while others compare it to a monkey because of the hair in its head. It has appealing eyes though.

They will in usually grow to a height of 7 to 8 inches. Most of the dogs weigh between 5 to 15 pounds depending on the age and how healthy they are.

These dogs come in two different coats, in the US. They are those with smooth coat, and those with rough coat. They can be gotten in different colors as well. They come in black color, Belge (this mixture of black and reddish-brown), Red and Black and tan.

Proper grooming is good for the dog because it has a long life span averaging 15 years. The Brussels with rough coat can have it removed twice a year. This can be done with the help of specialist. Trimming its hair helps develop new hair. Besides that, brushing it every week with a natural brittle brush is the best thing to do.

The ones with the soft coat do not need much. What is important about them is that they should have their teeth brushed on a weekly basis. This helps to keep bacteria affecting the gums at bay. That way it can have its teeth for the period that it is alive. The other thing to do is cutting its nails twice or thrice a month. It is best done for hygiene.

It is important to note that they love being near to people. They have fears as well, and they should be trained in public places with many people so that they will not keep biting every one out of fear.

Take the dog for regular exercises. It is because; it is very strong, though it should not be made to run. The nature of its nose makes it difficult to cool the air which they inhale. It is the same reason it is advised not to keep it in the sun. It is very dangerous for it. Keep it in a cool place, and always check for signs of heat. 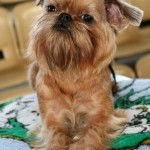 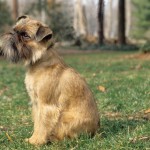 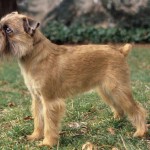 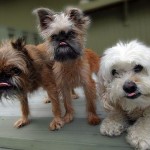 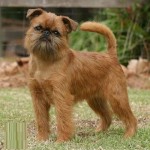 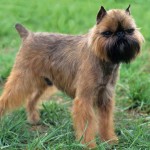 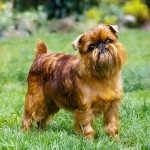 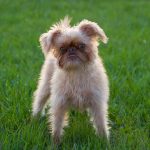 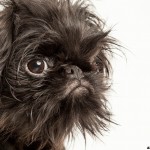 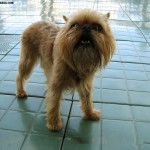 The food that the dog eats depends on other things like its size, its metabolism, age, and the level of activity that it performs. Though, it is general to divide ¼ to ½ cup of their food so that they can take it two times a day. Feed them with dry food of high quality for better health.

1. It is commonly known as Brussels Griffon.
2. Its other names are Griffon, Griffon Bruxellois, Bruss, Belgium Griffon, and Petit Brabancon.
3. It originated from Brussels in Belgium, hence the name Brussels.
4. They are small dog breeds.
5. Their breed group is toy.
6. It has a lifespan of 14 to15 years.
7. It grows to a height of 7 to 8 inches.
8. It weighs 5 to 15 pounds.
9. They are available in different colors, which are Black, Belge (this mixture of black and reddish brown), Red, and Black & tan.
10. The Puppy Price averages from $500 to $1,000.
11. It sleeps on an average of 14 hours a day.
12. The lower low Classifications of the dog are those with nose slightly below the eyes.