The name of this dog came from the Clumber Park that is located in Nottinghamshire. This dog is extremely friendly with breeders and instructors and can become equally violent with strangers or unknowns.

The past history of this breed is unknown as this breed became popular after the mid 19th century only. This dog came to Canada in 1884 and the expanded its base to NorthAmerican continent. It became popularas several celebrities started to adopt this pet dog.

Clumber Spaniel is gentle, kind and affectionate towards the family which breeds the dog. It is considered as the heaviest and largest of all the Spaniel breeds.It is intelligent and thinks independently.

This dog is very active while doing exercises. Brisk walk and slow jogging is ideal exercise for this dog. Half an hour activities in the morning andfifteen to twenty minutes play in the evening can easily meet the exercise requirements of this breed.

This dog is easily trainable and is used as a hunting dog by from long back. If the breeder is not authoritative they tend do whatever they want. It is better to be strict and hard in the initial stages of the training.

The behavior of this dog depends heavily on the breeder. If the breeder is passive or meek the dogs acts per their own will and if the owner is strict they always want to please their owner.

The appearance of this bog is simple. Its heavy bones can be clearly observed because of low fat. Broad face, large nose, wide chest, deep and sharp eyes, heavy and feathered neck are some of thedistinct features that will spell bound you.

The coat of this breed is dense, fair and straight and of medium height. All the important body parts like ears, limbs, belly is moderately thick. The primary color available in this breed is white. The orange or lemon color markings present will add extra beauty to this breed.

One need not spend heavy amounts for parlors if you choose this breed. Grooming once in six months is more than enough and one must take extra care while choosing the styles as most of the styles won’t suit for this dog.

The body appears to be bony and the front part appears to be firm. The back part is strong and long and the wide chest adds extra beauty to it. Its ribs sprung well and the powerful hindquarters are worth mentioning.

It is one of the first ten breeds that got recognized by AKC (American Kennel Club). It is the largest breed available in the Spaniel category. The name of this breed derived from the Clumber Parkwhichis located in England. Clum also refers to an ancient river that was flown through England.

When compared to other breeds, this breed needs extra care as it is prone to more infections and diseases. The cleaning process of this dog is a bit different and there are instances that theses dogs opening refrigerator doors and sleeping on kitchen tables etc. So, keeping an eye on the dog is very important as it can damage your valuable properties and can cause life threatening activities.Using comb or brush on soft hair is a good idea. 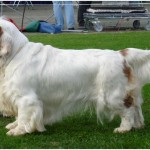 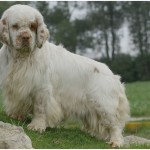 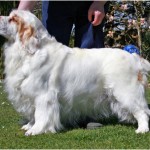 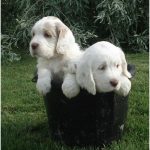 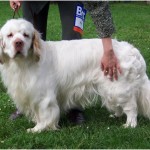 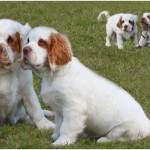 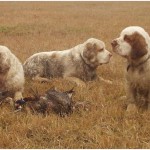 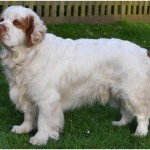 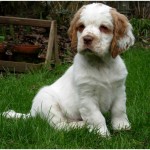 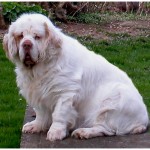 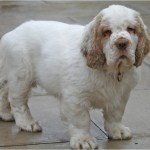 The process of feeding is important for any pet and in case of dogs one needs to plan very carefully,not only get the correct body structure but also for the proper development of immune system. Two to two and half cups of quality (branded) food is sufficient and one can give milk also (if needed).

Information and Facts of Clumber Spaniel