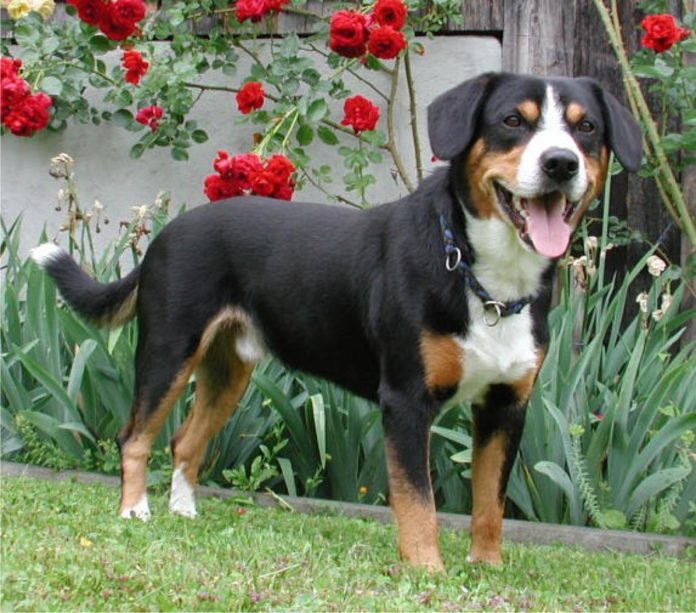 The Entlebucher is a study and square dog. He brings with a typical working dog’s attributes. The dog has small and triangular ears. His eyes are lively and brown. His head is usually excellently proportioned and matches the body. It has a flat and strong skull. The dog’s long jaw is normally brilliantly formed.

It is also highly powerful. His feet are very compact and support the muscular body perfectly. His smooth coat is usually close. It is also harsh with a number of symmetrical markings of white, tan, and black. The dog’s hocks are well angled naturally. You can find his tail docked during certain times.

These breeds are believed to have descended from the large molossers that were brought to Switzerland. The Romans are believed to be the ones who brought these dogs to this country. This was during the first century B.C. Nonetheless, this dog was described as a different or separate breed only in the year 1889.

In the year 1913, Albert Heimm was shown four of these breeds. This man was a powerful advocate of the breeds. The Swiss Kennel Club book accepted the breed to be entered. The breed in today’s world is mainly used for companionship although it was initially bred for purposes of herding and guarding.

The dog is generally healthy. Nonetheless, he can suffer from a number of infections or diseases. As you buy him from the breeder, make sure you obtain all relevant health records to assist you in case the dog gets sick.

The fact that he is active and large means that he is a very social dog. Ensure you present social opportunities to the dog early enough. He should intermingle with both people and dogs early in his life. Provide him with regular training and activity. He is generally devoted and good-natured. The dog is very suspicious of strangers. He is an excellent watchdog.

This breed needs plenty of exercises. You can take him for daily jogs or walks. The dog should be made to heel behind or beside the human companion as the human leads. The dog is full of instincts. You can also take the dog for runs. He hates sitting around without anything to do. Playing dog games is also an incredible pass time.

This dog is very easy to train. All he needs is a careful and calm approach to his training. Never shout at him or treat him badly. This can make the dog not to be responsive to anything you tell him in future. Treat him with care, respect, and sensitivity.

Generally, this dog is normally well behaved. He does not have to bother anyone as long as he is given everything he needs including attention. Never leave him idle to prevent naughty behaviors.

The male is longer compared to the female. The female is less square and sturdy. The dog is generally medium sized. It brings with it triangular and small ears. His eyes are rather brown and small. The head matches the body in terms of being proportioned. It has a very strong flat skull. His long jaw is powerful and well formed.

His feet are compact and support the muscular body brilliantly. The dog has a smooth coat. The coat has symmetrical white, tan, and black markings. The dog’s tricolored coat normally has some white on the toes as well as on the tip. His hips are broad and muscular. Sometimes, the dog’s tail is docked. Docking is however, prohibited in most countries.

The dog’s coat is tricolored. Dense and thick. His coloring is mostly a shiny black. His chest has some white patches as well as four feet. The same applies to the tail’s tip. Areas that are between white and black are normally rust colored. Entlebucher brings with him a thick undercoat together with a top coat. If you want to keep the shedding to minimum, it is highly recommended that you brush the dog weekly.

This dog is very easy to groom. Regular brushing is required. The dog is an average shedder.

The dog’s body is relatively long. His length is greater compared to the height. His backline is leveled and comes with a little slope over his croup. The dog’s chest is capacious and deep. He has excellently sprung ribs. His chest is excellently let down and broad. His dog’s brisket is deep.

This dog is full of appetite. Be sure to provide food in plenty whenever he or she is in need.

The dog does not present any problems when it comes to taking care of him.

Feeding the dog should be twice or thrice in a day. 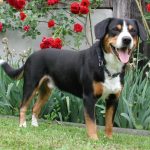 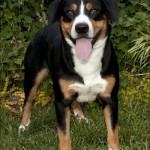 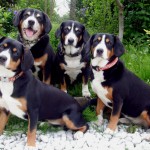 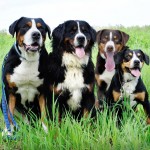 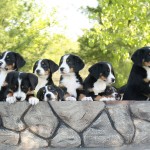 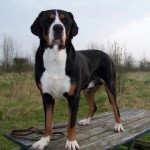 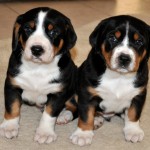