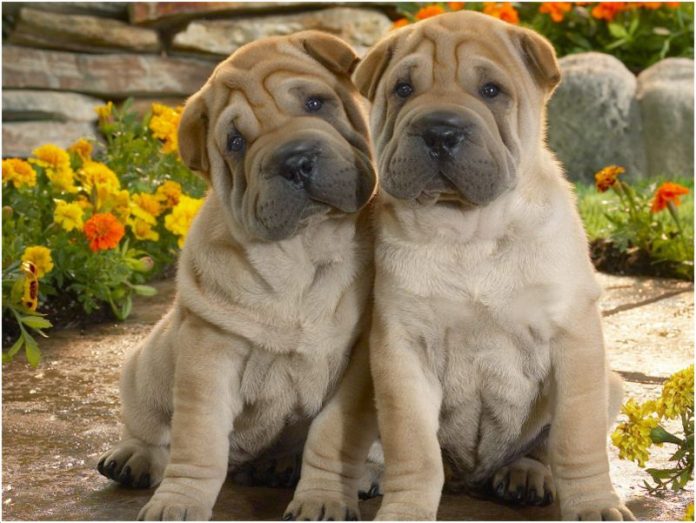 The name Shar Pei when translated means ‘Sandy Coat’. The rough and often wrinkly coat is a major distinguishing factor of this animal. These are strong dogs that were originally bred for hunting and dog fighting. However if properly trained and socialized they make for good companions. These dogs can be very stubborn and possessive and need a firm trainer to keep them in line.

This breed originated in the Guandong province in China. The dog is believed to have descended from Chow Chow thanks to its blue black tongue which is the same as that found in a Chow Chow. However, there is no written proof that establishes this fact. During their inception these dogs were bred as farm dogs for taking care of the livestock and also for guarding the families. Their intelligence, strength and intimidating appearance were perfect for this purpose. Later they started breeding Shar Pei for hunting and fighting purposes for which their coarse short coat was a major plus.

This dog breed gained great popularity after its introduction in North America. This led to rushed breeding of these dogs which left them with several hereditary and genetic defects. They often suffer from Familial Shar Pei fever that can last for as long as 24 hours and gets worse over time. They can suffer from a painful eye condition named entropian which if not treated properly can lead to blindness. They are also prone to skin afflictions which are again a hereditary problem.

These dogs are very stubborn and territorial by nature. They can also be fairly aggressive and need to be socialized from a very early age for them to gain some tolerance with kids, other pets and strangers. Training them can be quite a task as these naturally domineering dogs find it difficult to listen to anybody but themselves. However, with consistent and steady handing they can be trained to be loyal and protective pets who are loving towards their owners.

These dogs need moderate activity. Taking them for a walk daily is enough to keep them content for the rest of the day. These can be easily kept as apartment dogs as they are naturally clean and well behaved dogs and are suitably active indoors.

These are fighting dogs which are intrinsically dominant and independent. Getting them to listen to you can be quite a task but this can be achieved by consistently letting them know that you are the one who calls the shots. Obedience training is a must for these dogs and respect training might also do them a world of good. If not trained properly these dogs can become aggressive and violent.

These are playful, dominant and brave dogs. They are fearless and if properly trained will do almost anything to protect their masters. They are generally silent dogs who bark only if nervous or while playing. These were originally bred as guard dogs and even now have amazing watch dog abilities.

A Shar Pei is distinguished by its wrinkled and harsh coat. This coat can either be very short and wiry the ‘horse’ variety or slightly longer, the ‘brush’ variety. They also have a very distinguished blue black tongue. They have square bodies with a head that is flat and broad and almond shaped eyes.

A Shar Pei generally stands between 18 to 20 inches tall and weighs between 40 to 45 pounds.

This breed has a very coarse and wrinkled coat which can often lead to skin rashes in people handling them. The coat has very short hair and is solid in color. They come in 13 colors including black, sable, fawn, blue, Isabella, chocolate and more.

A Shar Pei needs constant brushing of its coat to ensure that no dead hair remains amidst the multiple folds in its skin. The ‘horse’ coat variety shed only during the molting period while the ‘brush’ coat variety shed a little all the year long. They need extra care while molting as a healthy new coat grows only if all the dead hair is removed from them.

They have a flattened body which is medium sized and very strong.

The ‘brush’ coated variety of this breed is often considered to be a bit of a ‘couch potato’.

These dogs are very sensitive to heat and should be kept under the shade if it is hot. They also need plenty of water that is readily available especially when hot. It is advisable to refrain from taking them for a walk when it is very hot outside.

Shar Pei puppies should be fed a home cooked whole diet while adults do well with raw food. Formula kibble that is devoid of all grains also works well for this breed. Puppies should also be given ample probiotics in their diet. 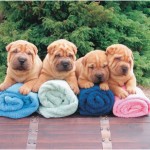 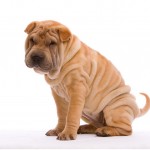 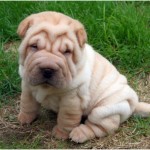 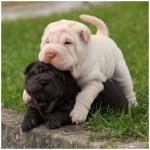 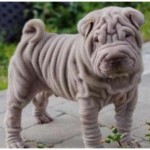 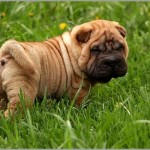 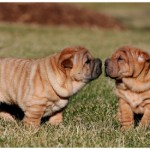 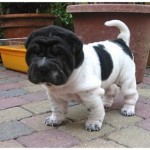 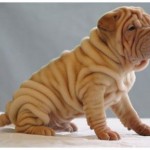 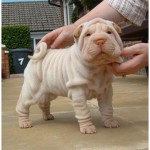 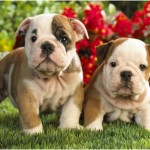