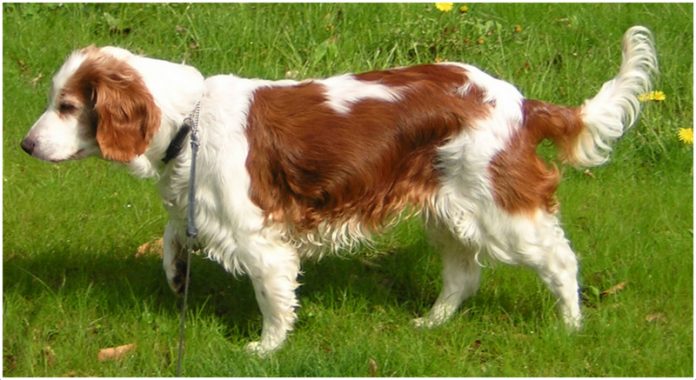 The Welsh Springer is named after the way he jumps or “springs” at game to bring it to the attention of the hunter. For more than two centuries, they were favorites of sportsmen and now, they are a favorite of families, especially those who have other pets.

When these dogs began is unknown. Dogs similar to this were described in 1570. They went by different names throughout the centuries and were relatively unknown or overlooked. This changed in 1900 when such a dog won a dog show, and other dogs from the same kennel won the shows in later years in the U.K. These dogs came to the United States in the late 19th century and were recognized by the American Kennel Club a few years later in 1906.

The First World War virtually decimated the breed in the U.K. There were no longer any dogs who had parents with registered pedigrees. Thus, the breed restarted with these unregistered dogs. There were refinements in the 1920s and 1030s which form the basis of the Welsh Springer Spaniel breed today. The breed was re-introduced to the United States after the Second World War, and arrived in Australia in 1973.

They are relatively free from having many maladies. However, like other dogs with similar ears, they are apt to get ear infections such as otitis externa. This breed is one of the breeds that are most likely to get hip dysplasia. In a survey of over 100 breeds, they ranked 14th for worst hip score. They also suffer from a broad range of eye problems. Moreover, they are prone to having epilepsy.

They are well known for being loyal. At the same time, they are independent. They are also known to be friendly, active, affectionate, playful and stubborn.

These dogs were developed to have remarkable stamina and energy. They must be given a commensurate amount of activity; otherwise they can become nervous and even destructive.

They are easily and readily trainable. However, their stubbornness occasionally gets in the way.

As opposed to the English Springer Spaniels, the Welsh Springer Spaniels are not as outgoing and may be reluctant around strangers unless they are well socialized. They are also subject to separation anxiety if left alone too long or too frequently. They do have a sensitive personality and will not respond well to harsh training. Especially when they are young, they are bundles of energy and joy. They can greet you exuberantly by jumping up to you. You ought to train them not to do this to small children whom they may knock over.

They exhibit a soft and gentle appearance. The body is compact and muscular, as are most hunting dogs. It is also longer than it is taller.

Their coats are straight, soft, straight and thick enough to protect the dogs from cold and wet weather. The colors are almost always various shades of red along with white.

Brushing regularly with a bristle brush is sufficient to maintain this dog’s coat. Bathe or shampoo only if you determine that it is required. You should also trim the hair between the toes and clip the nails.

They belong to the Medium-sized group of dogs and share many of the same general descriptions.

Occasionally, they will urinate in submission. When roaming outside, make sure that they are on a leash as they can easily chase after birds or other small animals they see on their journeys.

Welsh Springer Spaniels can be kept outside as long as they have protection from extremes in weather, but since they are such wonderful family dogs, it is better for them and for you if they stay in your home. Like a few other dogs, they enjoy sleeping at the foot of your bed.

It is recommended that the Springer Spaniels be given two meals a day, totaling 1.5 to 2.5 cups of high-quality dry dog food each day. Giving dogs two meals a day will help prevent bloating and weight problems. You can determine the quality of your Welshie by feeling or observing the ribs. If you cannot feel the ribs underneath the fat, then your dog is overweight. If you can see the ribs then s/he is underweight. 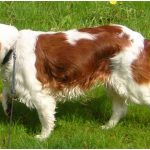 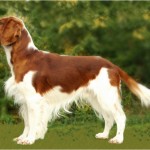 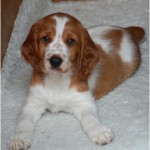 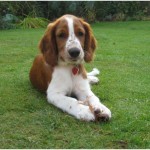 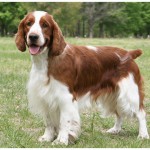 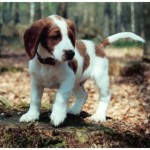 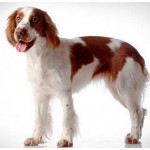 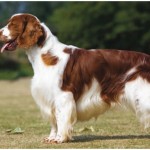 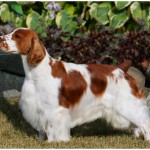 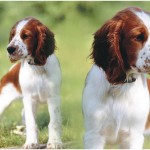 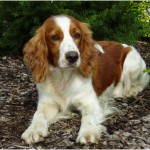