The most common traits of the Maltese dog are that they are small, having a long and silky coat, and are loving, trusting, gentle, polite, lively and active.

They originated in the Central Mediterranean Area of which Italy (considered to be the dog’s parentage) and Malta are a part. It seems likely that these dogs have been around for an extremely long time, perhaps for 3,000 years. Ancient Greeks built special tombs for them, and Aristotle and ancient Romans wrote about them. Numerous Renaissance painters included them in paintings.

They were always small, and in the 17th and 18th centuries, efforts were made to make them even smaller. In 1792, Linnaeus, the Swedish scientist known for classifying animals and plants, wrote that Maltese dogs were about the size of a squirrel. However, the breed almost became extinct and they were then bred with Poodles and miniature Spaniels. In the early 19th century, there were about 9 different breeds of this dog.

Many of them were of different colors, but that changed starting in the early 20th century. However, non-white Maltese dogs can still be found in southern France. Today, these dogs are very popular among spectators in dog shows, and they often win “Best in Show” awards.

Maltese dogs are generally healthy, but like all dogs and especially small dogs, they are prone to acquiring some medical conditions such as patellar luxation (a dislocation of the knee, causing pain); portosystemic liver shunt (a renal disorder in which blood bypasses the liver, causing it to not be cleansed properly); PRA (progressive retinal atrophy); hypoglycemia (low blood sugar); White Dog Shaker syndrome (tremors over the entire body and a lack of coordination, and occurring when the dog is overly excited or stressed); collapsed trachea (resulting in a “goose honk”); and reverse sneezing (which lasts just a few minutes and occurs when he eats or drinks too quickly or is overly excited). One thing that is perhaps unique to Maltese dogs are their proclivity to having dental problems. Again, Maltese dogs can be quite healthy, and many of them are known to have lived for 18 years.

Their personal characteristics has been described as lively, active, playful, gentle, docile, affectionate and very intelligent.

These dogs are ideal for city-life and for apartments or small homes. Because of their small size, they should not be walked an inordinate amount of time or length, and because of their long, white hair, they may become extremely dirty in a yard. However, a good walk should do them no harm.

Although they are highly intelligent, they are considered to be average in trainability. However, they do make very good show dogs.

They were bred to be companion dogs, and have a tremendously lively, playful and energetic demeanor. They adore people and prefer to be around them. As with other small dogs, they can suffer from separation anxiety. It has been found that, in Australia and Seoul, South Korea, they are commonly abandoned by their caretakers. It is theorized that this may be a result of their constantly barking.

They have been described as being “walking mops” because of their long hair, which often reaches to the floor.

Their coat is silky and straight, and they do not have an undercoat. They are always all white, although some dogs with other colors can be found in southern France.

Grooming can be a chore. Even though it does not shed much, it needs to be brushed and combed daily to prevent the hair from matting. In addition, the dogs must be bathed weekly.

The dog is of the Toy dog group and have the corresponding small body structure.

They are ideal for single individuals, retirees, families with older children and if you are a king or queen then the Maltese dog would love to be around you!

While grooming, special attention should be made toward the ears. If there is anything out of the oridnary (such as it being sensitive or smelly) then your vet can treat it and also show you how to remove the long hairs from the ears.

They ought to be given purified (not merely mineral) water, and feed him or her not from a plastic bowl but a stainless steel, ceramic or glass bowl. 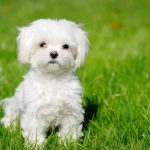 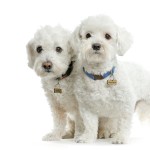 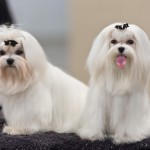 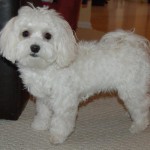 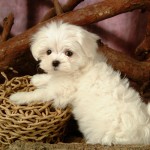 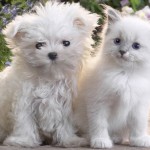 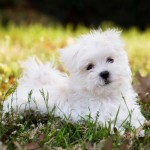 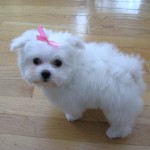 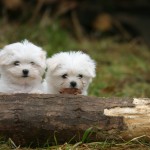 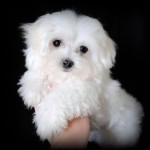 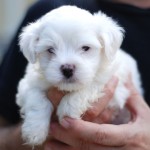 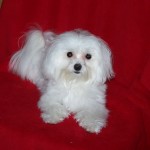 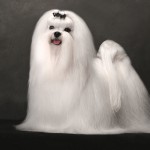 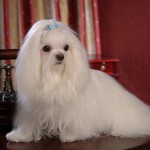 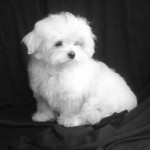 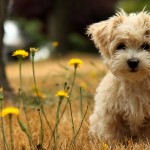 Information and Facts of Maltese Dog :