Spanish Mastiff is a bulky looking dog that originated in Spain. The dog primarily job was to guard livestock from wolves and predators. The dog falls into the category of mountain dog because of its massive body structure and deep chest. This breed has a thick coat that helps it to withstand extreme climatic condition. Inside home, this breed remains inactive, thought it requires a yard to roam and wander freely. Like other mountain dogs, this breed takes time to mature. Their activity level is low so if you want a dog that could accompany you in running, jogging then this breed is not for you. The dog tends to be noisy; be ready to tolerate snoring, drooling and slobbering. It is also a low maintenance dog; its coat needs brushing once or twice a year. The dog has a naturally protective instincts, it will protect you at the time of danger till his last breath.  It has been observed that male Spanish Mastiff tends to form stronger bonds with family than female breeds.

This breed belongs to Estremadura region in Spain.  The exact documentation about this breed is unknown but according to experts, the dog is a descendant of Molosser dog which existed in that period. The dog became popular in Iberian Peninsula after it was introduced by Phoenician tradesmen. This breed is known for guarding sheep and homes since inception. Today it is also bred for companionship purpose because of its sweet and faithful disposition. Spanish mastiff has been declared as national dog breed of Spain.

1. Heavy Mastiff (Mastin Pesado)- They have a stronger and bulkier built up and is mostly found in mountainous region of Spain.

2. Light Mastiff (Mastin Ligero)- They are comparatively lighter in weight and has more refined bodily features.

The dog shares the same resemblance to Neapolitan Mastiff or Tibetan Mastiff. It is a giant looking dog with bulky body. Its head is large with elongated muzzle that is blunt. Its ears are of medium sized that drop sideward. Its eyes are small but deeply pierced. Overall expression on its face is sweet and carefree. It has a rectangular body robust and stocky body with many folds. Its tail is thick, long and curved in upward direction.

The dog has medium sized dense double coat. Topcoat is straight and rough to touch while undercoat is soft and little wooly in texture. The dog’s skin has many folds and it comes mostly in white color but other colors like sable, yellow, fawn, black, brindle and red is also acceptable. The dog either has one solid color or combination of two colors in which the white should be ground color.

It is important to feed balanced amount of proteins and minerals so that it can achieve optimum development of its body. Feed a diet that contains 80% raw meat, 10 % bones and 10% liver.  Pig ears, chicken feet, and bull pizzle should be given to it as a treats.

It is not a hypoallergenic breed. Being a large sized breed, the dog is prone to health issues like- hip and elbow dysplasia, heart problems and inverted eyelids.

It is a low maintenance dog. The dog sheds moderately and twice heavy shedding is done by it at the time of season change. Bath can be skipped but if you want to give shower make sure to completely dry the dog’s skin. Especial attention has to be given at its skin fold because moisture can be the breeding ground of bacteria and fungus. Brush its teeth, trim its nails and clean its ear regularly to ensure healthy dog.

The dog is suitable to live in a house accompanied with yard so that it can wander freely and does its own exercise. It can tolerate any harsh environment and climate. 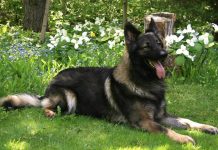 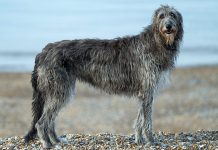 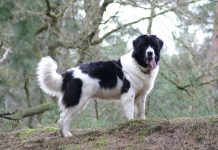