Pont-Audemer is first developed with an intention to become the dedicated spaniel dog. After it failed to achieve the results expected, the evolution process stopped. During the Second World War this breed became almost extinct but with some efforts it revived. But still now, there is no significant increase in the absolute numbers of this breed which questions the survival of this dog in future.

This is across breed variety which had undergone several changes from the start of its evolution. Though it evolved in France, it is most popular outside France only. It is hard to get these puppies as they are never populated in high numbers. 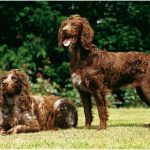 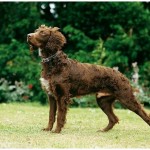 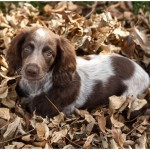 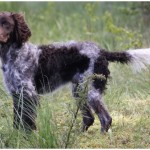 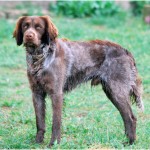 Extreme care must be taken while bringing up this rare breed dog which is in critically endangered condition as of now. Starting from cleaning to diet, all the things need to be personally taken care of, so that the lifespan of this pet can be extended. When compared to other breeds, it can survive in apartments, congested conditions and the vast farm lands alike. Some of the animal lovers in America are constantly trying to increase the population of this breed but all their efforts are in vain till now.

The feeding requirements of this dog are special and those who want to adopt this pet must have some idea about the diet requirement of this dog. In any case, food that is not reliable should not be given. It daily requires 2.25-2.75 cups of quality food and it is better to serve 3/4th cup of food each time by distributing the whole food to three servings per day. In 1980, the club which was dedicated for the revival of Pont-Audemer Spaniel lost its glory because of its inability to produce this breed in large quantities and merged the club with Picardy Spaniel club. Though the club ended its journey in 1980, some Pont-Audemer Spaniel lovers are still trying their best to survive this breed.

Information And Facts of Pont-Audemer Spaniel :