Perhaps the greatest reason to get a Glen of Imaal Terrier is that they are observant watchdogs, yet are polite and friendly.

The most authoritative reports of the origin of these dogs state that during civil unrest, mercenaries hired to put down the unrest, came back and settled in the Wicklow area with hounds to breed with the local terriers. The descendents came to be known as the Glen of Imaal Terrier and were used to rid the area of vermin such as fox, badger, otter and rats.

They are generally more strong and healthy than other breeds. In fact, cardiac problems are virtually nonexistent. They may have some skin allergies but that may be due to diet or the common problems of fleas, affecting many pets. More pertinently, because of their dwarfism, they have a unique structure which makes them susceptible to injuries that can affect the further development of their front legs. They must not be allowed to jump off of chairs, beds or sofas until they are at least one year old, at which time they are stronger.

They tend to be energetic, tenacious, more even-tempered and less vocal than other small terriers, love activity yet are equally content to relax with their caretakers, intelligent, stubborn, fearless and loyal.

Glennies need not only to play but also to be taken for a daily walk. They need to walk beside or behind the person providing the walk, as this will indicate to the dog that the human is the leader. If they are not given a daily walk then they can develop behavioral problems. They should also be allowed to frolic in a large, fenced-in yard.

They are perhaps average in terms of trainability and, as such, may need the assistance of a professional. When this is done, then it usually results in the “Glen sit”, the famous pose in which the dog sits on its hind legs and holds its back erect. This ability is usually not accomplished in other breeds.

The need for exercise is both a boon and a bane because, even though it can be enjoyable and healthy for the dog, it may be difficult to find the time to provide him with as much as he wants. They also tend to be aggressive toward other animals (as a result of its chasing instincts); to dig holes (if given the opportunity) and to bark a lot.

They are considered to be a dwarf breed and thus have a relatively large head in relation to its body. Their bodies tend to be sturdy but their feet are turned out. The fur is medium in length and is soft underneath.

The texture of the fur can appear rough but the undercoat is most definitely soft. The color is of blue, brindle, or wheaten with all shades from cream to red wheat.

Even though the coat can appear to be rough, it is very easy to groom these dogs. The fur on the tail can become long and should be cut when needed. They also grow hair in their ears and between the pads of their feet, all of which should be removed. They do not shed much hair.

Their bodies tend to be more long than high, with strong loins, and a broad and strong chest.

They suffer from many of the same complaints of other terriers, and have the unique and innate desire to dig holes.

Other than what has already been mentioned, they are remarkably healthy and long-living as a result.

After becoming one year old, the best diet for them is one of lower protein.

Images, Pics, Photos and Pictures of Glen of Imaal Terrier : 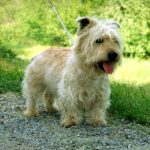 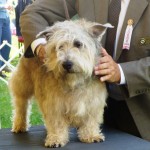 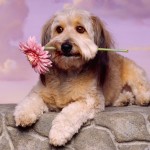 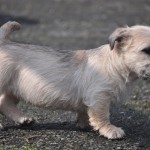 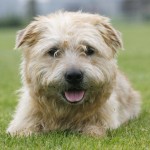 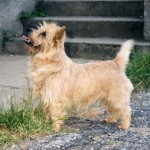 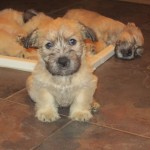 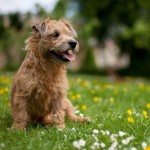 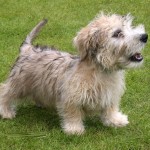 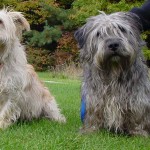 Information and Facts of Glen of Imaal Terrier :