The Pekingese are most known for being small and hairy, proud and regal, cute and lovable, protective and jealous, and spunky.

They are truly an ancient breed. Analysis of their DNA has confirmed that they are very similar to the wolf, the very ancient ancestor to domesticated dogs, in terms of genes although, obviously, not in appearance. For centuries, they could be owned only by the Imperial household, who pampered and revered them beyond belief. The breed was kept very pure. However, there were no records of them until the 8th century A.D.

They were virtually unknown outside of the palaces, but became very numerous between 1821 and 1851 when there were thousands of them in the various palaces. They came to the attention of other countries when the British invaded the palace at Peking (now Beijing). Many household members fled with their dogs, while those who could not killed the dogs so that they would not fall into the hands of the enemy. After that, the dogs began to trickle out of China and into the United States, the United Kingdom and elsewhere, including one given to J.P. Morgan.

At one time, they were perhaps the purest of the purebreds and, presumably, relatively free of genetic defects. Regardless, they are now subject to a very wide range of health issues, including: patellar luxation (a common problem among small dogs, which can lead to arthritis and can give the Pekingese a bow-legged appearance); brachycephalic syndrome (breathing problems for those dogs with short faces and which often leads to frequent snorting sounds); cataracts; cleft palate; cryptorchidism (affecting the testicles of small dogs); distichiasis (an additional row of eyelashes, and which irritates the eye); ectopic cilia (another eyelash defect); entropion (an inward rolling of the eyelid, and which can begin at six months of age); fold dermatitis (a skin infection caused by areas where moisture becomes trapped); hydrocephalus (a congenital brain defect which will lead to death if left untreated); keratoconjunctivitis sicca (dry eye); mitral valve disease (a heart condition); the ever-present progressive retinal atrophy (found in most dogs of all sizes); exposure keratopathy syndrome (which can lead to corneal ulcers and vision impairment); and intervertebral disk disease (a compression of the spinal column).

Pekingese have been described as being affectionate, good-natured, intelligent but also aggressive, stubborn and opinionated.

They tend to be sedentary and to enjoy being lap dogs. Although they may be fussy eaters, it does not take much food for tiny dogs to become overweight. Thus, at least some exercise must be done on a daily basis.

They can be extremely loyal, especially to one person. At the same time, they can be very wary of strangers. Because of the latter, they can be adequate watchdogs, informing you when a stranger approaches the doorway.

They appear like a male lion in that they have a long mane, and in the way that they comport themselves. They have heart-shaped ears, long bodies and arched tails.

They have a double coat which is coarse, long and straight. They can be of virtually any color although black & tan, fawn and red brindle are among the most common. Some appear to have black masks, although many do not.

Before brushing with a small bristle brush, shedding comb or curry brush, make the dog’s coat moist so that the hair will not break. Make sure that the brush reaches to the skin; otherwise, the dead hair that can form mats and tangles will not be removed. Do this on a weekly basis.

They are of the Toy breed and have a body to match. Their bodies are relatively long.

Little known facts, specific to the Pekingese are that their round bulging eyes can be damaged or perhaps even to pop out during very rough play. This is very rare, but it is important to keep this in mind. They also have a great many wrinkles or folds on their faces and bodies which can trap moisture and lead to infections.

They can be very fussy eaters. They have been known to go on a hunger strike just to prove a point to their caretakers. On the other hand, they can also be overfed and, when this is done, they can become overweight or obese. 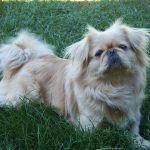 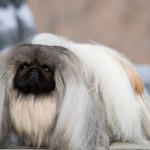 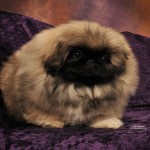 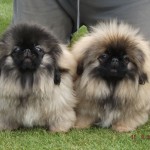 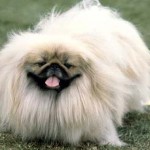 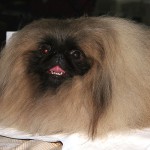 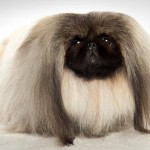 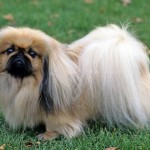 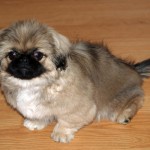 Information and Facts of Pekingese :