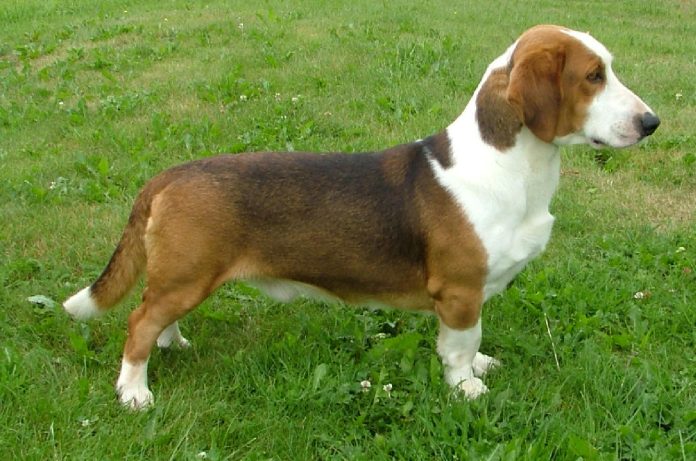 Drevers are dogs that are rarely found outside of Sweden. One quirk that has been found in them is that they are stubborn and determined, and become even more so with passive human caretakers. If you are active towards your dog, then he can become a loyal and friendly follower. It has been mentioned that they are kept usually as hunting dogs, not as pets. However, this does not necessarily mean that they would not be excellent pets.

The Drevers were imported from Germany into Sweden in the early 20th century as hunters of small burrowing game such as foxes, rabbits and badgers. However, they were quickly found to have excellent scents of all game. They were crossbred with other dogs and quickly became a breed distinct from the Westphalian Dachsbracke from which they derived. In 1947, a nationwide contest was held to give them a fitting name (they had been known as “dachsbrackes”) and the winning name was “drever” or, in English, “hunter”.

They tend to be remarkably healthy and numerous studies have not shown any medical condition to which they are susceptible. Related breeds, though, can have back injuries or pain, slipped discs, degenerative spinal disease, weight gain and obesity, ear infections and mange. If there are any health issues then they tend to show up only in the dog’s later years. They can easily live to be 15 years old.

They are considered to be relatively laid back, friendly and always alert. It has been likened to the dachshund in terms of personality. They are also very friendly, have a constantly wagging tail, and always looking for attention.

They do tend to be active so having a yard may be a good idea. They have a great deal of stamina. However, they can also adjust to indoor life as long as they have a daily walk or jog.

There is probably no need to train them as they are instinctual hunters. Moreover, it can be difficult to train because the qualities of determination and stubbornness make reticent to be trained. A training course can be found online which purports to teach Drevers neat tricks.

It is hard-working, very diligent and tenacious. It is very courageous and will fight much larger animals if need be. They will also warn their handlers by barking emphatically.

Its distinctive characteristics are its long body, short legs, long tail and drooping ears. In this way, though, it does resemble a basset hound.

The hair is thick and short. The colors are almost always brown, fawn, black and white (in the underbelly and a few other areas.

It is relatively easy to keep Drevers groomed as they generally need only a regular rubdown with a damp cloth. They shed a normal amount of hair.

They are small, but somewhat heavy (or, at least, heavier than other dogs their size).

Again, they are extremely rare outside of Sweden so if you have one in the United States, Canada, the United Kingdom or elsewhere then you may be on your own. They are bred as hunting dogs so if you live in an area with cats, rabbits, game animals and other animals then it may not be a suitable environment. When they have puppies, then there are usually three to six in the litter.

They are naturally healthy and have no known systemic medical issues. By nature, they are alert, self-possessed, neither aggressive nor shy, and are even-tempered.

It must be emphasized that little is known of the Drever (outside of Sweden) so specific diets are unknown, but generic dog food should be okay. One, brief source indicated that they should not be fed chicken or other animals because of the bones. 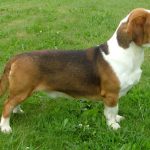 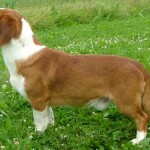 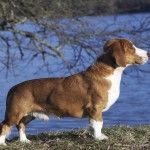 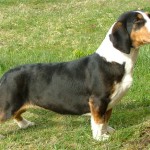 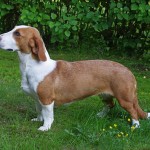 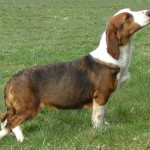 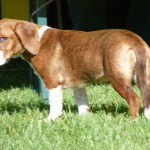 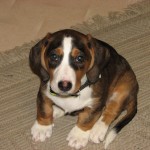 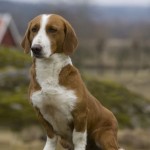 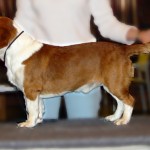 Information and Facts of Drever :