The Shiba Inu have been around for over two millennia, were bred to hunt and flush out birds and rabbits and other small game, became almost extinct 70 years ago, but are now quite popular as house pets.

The Shiba Inu have been around for almost 2,300 years, according to recent DNA analysis. For virtually all of that time, they were found only in Japan. This led them to become almost extinct during and after World War II.

In 1954, the first Shiba came to the United States, and the first purebred litter was born there in 1979. It was recognized as a formal breed by the American Kennel Club in 1992 and has since become somewhat popular, even appearing on the Doge Internet meme in mid-2013.

They are considered to be a healthy breed of dogs. However, they are subject to progressive retinal atrophy (PRA), glaucoma, cataracts, hip dysplasia, floating kneecap (or “trick knee”) and allergies. If they do not exhibit any weakness in their joints by the time that they are two years old then it is unlikely that they will develop joint problems later in life. However, eye tests should be conducted on an annual basis.

They can be expected to live twelve to fifteen years. Two such dogs because of their extreme old age: near Tokyo, “Pusuke” lived to be 26.5 years old; and in Louisiana, “Max” lived to be 29.75 years old, just shy of 30 years which no dog (of any breed) is known to have reached.

In general, they have been described as being fearless, faithful, alert, charming and confident. The Japanese define them as being brave and bold, having good composure and mental strength, good natured with a gentle disposition, and having a refined and open spirit.

Shiba Inus are undemanding and adaptable. However, they do need daily walks which can, if you let them, last for several hours since they have great endurance.

They must be given proper socialization and obedience training courses. Otherwise, they will not react well to children, cats or other dogs, as well as to you. They are not overly resistant to such training.

These dogs are somewhat self-centered and very possessive. They think of everything as being “mine”. They are independent, can sometimes show aggression, and are very clean. They clean themselves frequently; in this behavior, they are like cats.

Perhaps because they are independent, they dislike wearing collars or being on a leash, even though it is required, and required for their own safety, when they are on walks. When they are provoked, unhappy, or displeased at how they are being handled, they will let out a “Shiba scream”, loud and high-pitched.

They are compact and somewhat small.

The coat is orange-red, cream or white, and sesame, and is very soft and thick underneath.

Brushing should be done once a week, and bathing is often done once every three or four months.

They are classified as being a small dog breed.

When they have puppies, the litter size is smaller than average, being usually three puppies.

Remember to watch for joint problems early in life; ensure that they get an eye exam every year; and let them go on long, preferably very long, walks each day.

Your Shiba Inu should be given 0.5 to 1.5 cups (0.118 to 0.355 liters) of dry food twice a day. It ought to be two separate meals as leaving out one, larger dish can result in weight problems. They can also be given granola, oranges (good for its vitamin C), sandwiches, and any high-quality dog food containing 30% protein. 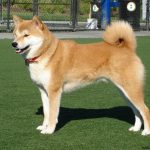 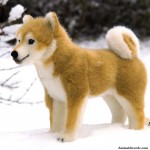 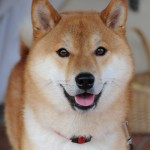 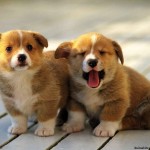 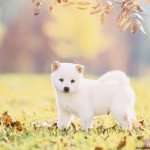 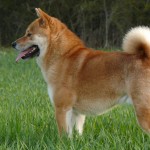 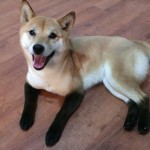 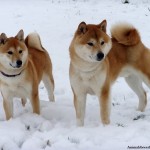 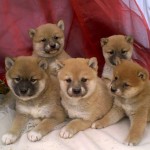 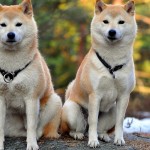 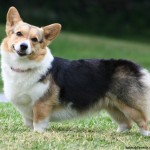 Information and Facts of Shiba Inu